Kilkenny city as the Marble city

Kilkenny city is known as the Marble City because of its historical background of transporting marble to the British Empire.

To describe this marble, Kilkenny Marble or Kilkenny Black Marble is a fine-grained carboniferous limestone which is very dark in colour. It can be located around Kilkenny. The footpaths of Kilkenny city were paved with Kilkenny marble flagstones which in fact glistened when wet. The marble was found and used in the 17th, 18th and 19th century.  The first and main source of the marble was the ‘Black Quarry’ in Archersgrove and Gallowshill, south of Kilkenny city.

The Colles family related to the Marble Industry for over 200 years. William Colles built the warehouses and polishing sheds. The warehouses were situated by the River Nore in Kilkenny. He also built Johns Bridge in Kilkenny city. He was a very talented and crafty man.

The uses of Kilkenny’s marble

Kilkenny certainly did not let its marble go to waste. They put the marble into many uses. They used it in several local buildings such as Green’s Bridge. It was also used in lots of areas across Ireland such as Cobh Cathedral, Bowen’s Court, Co. Cork, Lissadell House, Co. Sligo, the headstone of Daniel O’Connell in Glasnevin Cemetery, Dublin, and the altar of St. Patricks Church, Belfast. Pretty interesting in our eyes! 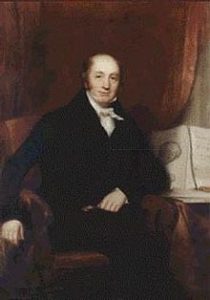