Nestled in the heart of Kilkenny City, Kilkenny Castle attracts thousands of visitors each year.

Kilkenny Castle was built in 1195 on the banks of the River Nore and sits at a height so as to look down over the city.  A symbol of Norman occupation, it was one of the defences of the city at that time.  The site of the castle today is where Richard de Clare, 2nd Earl of Pembroke, also known as “Strongbow”, built the first castle in the 12th century. The year 1260 saw the completion of the first stone castle on the site of Strongbow’s original castle which was most likely built using wood.  The new stone castle, which was square in shape and had four towers at each corner, was built by William Marshall, who in 1189 married Strongbow’s daughter and heiress Isabel.  Today, three of the four original towers at each corner of the castle can still be seen.

Having been seized by the crown in 1381, Kilkenny Castle was purchased by the Butler family in 1391.  The Butler’s arrived in Ireland with the Norman Invasion and thus, Kilkenny Castle became the home of a very powerful family – the Butlers of Ormonde – who ruled the surrounding area for centuries.

In 1935, the contents of the castle were sold for £6,000 and the castle was abandoned for over thirty years.  In 1967, Arthur Butler, 6th Marquess and 24th Earl of Ormonde sold the deteriorating castle to the Castle Restoration Committee and from then on Kilkenny Castle has belonged to the people of Kilkenny.

Today the Castle stands in all its splendour boasting beautiful parkland and is a popular destination for walks, picnics, exercise, and family days out.  The rose garden and fountain are the perfect places to relax and the pond is home to wild ducks and water hens.

Inside, the rooms of the castle have been restored and carefully preserved.  Visitors can wander through the castle where the Chinese withdrawing room, state dining room, grand staircase, tapestry room, anteroom, library, the bedroom corridor and the picture gallery wing can be seen just as they would have been when the Butler family were living in the castle.

Upon the restoration of nearby St. Mary’s Cathedral, just a short walk from Kilkenny Castle, Kilkenny’s Medieval Mile Trail was established.  Beginning at Kilkenny Castle, visit the Medieval Mile Museum which was created in the restored St. Mary’s Church, and walk down Kilkenny’s High Street.  Stop off at Rothe House and finish your mile-long walk at St. Canice’s Cathedral round tower.

Find out more about Kilkenny Castle and the Medieval Mile Trail here: 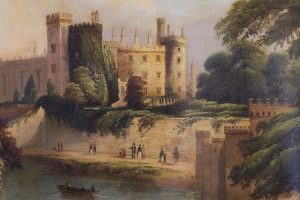 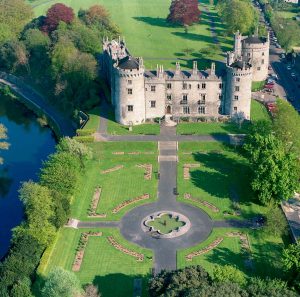 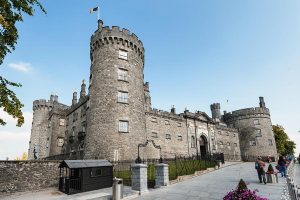 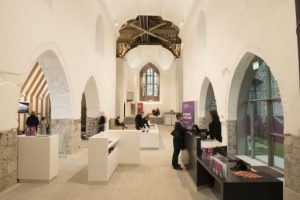 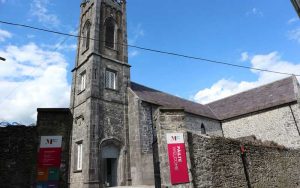