Ireland is a land steeped in history and brimming with the warmth of unique tradition. Folklaw captivates throughout the year, but at no time is the Emerald Isle more enchanting than Christmas. But what exactly is it that sets this land apart as the year draws to its conclusion?

If you’re unfamiliar with the festive season in Ireland, the first thing you need to know is that in comparison with some of our near neighbours, it tends to be a pretty drawn out celebration. Christmas in Ireland officially begins on December 8th, which is also a rather important holy day if you happen to be of religious persuasion, (the Feast of the Immaculate Conception to be precise). Festivities are officially done and dusted on January 6th, or Little Christmas as its commonly known.

Here we take a look at the traditions we’re all so familiar with.

These tend to be the items that make the first sneaky appearance in shops, usually on a shelf in the corner before the last of the Halloween decorations have been removed. Too early? In actual fact, back in the day Irish Mammies and Grannies would have Christmas cakes and puddings well laced with whiskey well in advance of October’s end. This would ensure that the delicious delicacies were perfectly matured when the time came to tuck in! Nowadays we tend to be much more health conscious, with artisan treats available on every high street or nestled within supermarket aisles.  It’s all very convenient, but what a shame to have lost the magical aroma of home baking, so lovingly prepared and served.

A Visit to Santa

By this time your young folk have most likely compiled the Santa letter. And not before a rather long thought process – but the Santa visit is the golden opportunity to meet the big man face to face and put your case forward.

I don’t know about you, but I always found this experience pretty nerve-wracking. The tension of waiting in line, hearing his voice from behind a curtain as you got closer, the elves (which you always knew weren’t actually real elves, because the real crew were too busy obviously) beckoning you. Then you’re face to face and unsure of what to say, crippled with an awkward shyness and all too aware that your parents are listening close by.

As terrifying as I found it, the ordeal was always an important milestone, made even more so by the fact that in those days it was Santa’s job to switch on the Christmas lights – a task now reserved for “Z list” celebrities or panto stars.

Have you put your tree up yet? How many times have you asked, or been asked this question in and around December 1st? Erecting the tree is now a highlight of the annual calendar for many, and often signals a households acceptance that it is actually Christmas. It’s also a time when Dads up and down the country find themselves out in the cold, unravelling endless lengths of coloured lights before perilously perching atop a flimsy ladder to hang the twinkling adornments from the gutter.

Back in the day, the tree would have been a much more simplistic affair. Usually dug up and brought indoors on Christmas Eve, the tree would have remained undecorated in most homes. Most certainly not the case nowadays! The Chrismas tree, whether natural or artificial, is central to every homes festive display and undoubtedly THE focal point. Get ready for the Facebook Christmas tree photos!

The Candle in the Window

This is one of those long-standing, heartwarming traditions, still widely observed and reserved exclusively for Christmas. Originally the candle in the window was a Christian sign that Mary and Joseph are welcome in the home, unlike the reception they received in Bethlehem. When I was growing up it had a slightly different meaning. My brothers and I believed the light would guide Santa safely to our house – a belief I held for many a year until my father told me otherwise… (I was 23).

Thankfully, for those wishing to display the flickering window flame, there are now far safer alternatives. The traditional candle has been widely replaced with electric or battery operated torches.

This tradition was out of the question when we were younger. It just wasn’t worth the risk – what if Santa came before we were safely tucked up in bed? Imagine having to go present-less because we were out and about!

The name can be a little misleading, however. Midnight mass is seldom at midnight, in fact, quite often it will take place at 7pm, taking into careful consideration the fact that families need to get home to finalise preparations. Nonetheless, there is something very quaint and wonderful about attending a church service on Christmas Eve. Perhaps the enchanting choir music? Perhaps getting wrapped up with hats and scarves, knowing that once you arrive home Santa is on his way.

When it comes to Christmas traditions we could go on and on. But let’s conclude with my personal favourite – dinner!

It’s very much a case of each to their own as far as the Christmas Dinner is concerned. Some love to be surrounded by family… And extended family… Perhaps even the extended family of the extended family… While others enjoy the traditional meal with their parents. For some families, the Christmas Dinner is a strictly private affair, with immediate family only sharing the table. When it comes to the meal itself, aside from the turkey and ham (or perhaps goose), the main components, or what should be included, have divided opinion for generations! Sprouts or no sprouts? Gravy or sauce? Roasties or mash – or both? Boiled or grilled veg? Over the years I’ve devised a pretty foolproof formula to answer all of these questions, and as we’re fast approaching the season of giving, I’ll share it with you… Basically, I have everything! And let’s face it if you can’t overindulge on Christmas Day, when can you? (That’s my justification, feel free to insert your own here).

Christmas is indeed magical here in Ireland. Call us biased but we reckon nowhere more so than Kilkenny. The Medieval City has a charm all of its own, only heightened by the long evenings and cool air of winter. But why take our word for it? See for yourself with a hassle-free premium package from Kilkenny Concierge. 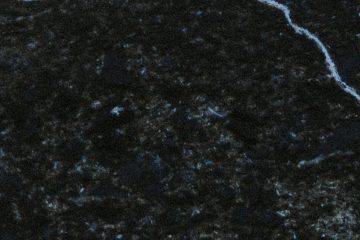 Kilkenny city as the Marble city

Kilkenny city is known as the Marble City because of its historical background of transporting marble to the British Empire. Kilkenny Marble Kilkenny Marble or Kilkenny Black Marble is a fine-grained carboniferous limestone which is Read more… 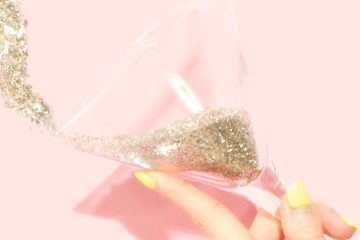 Your best friend has asked you to be one of her bridesmaids, this means discussing exciting wedding plans, bridal shopping and of course organising the hen weekend. For those who have never been to a Read more… 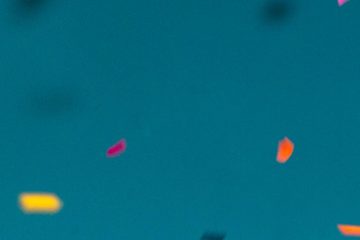 Stag Party Idea’s Have you been tasked with organising your best friends stag do? Not sure where to go or what to do? Look no further than Kilkenny Concierge. We create stag packages that include Read more…